This year’s edition of Verizon Data Breach Investigations Report comes out with an of analysis 41,686 security incidents, of which 2,013 were confirmed data breaches with data provided by 73 sources. It has big focus on state-sponsored attacks and cyber-espionage. “Cyber-Espionage is rampant in the Public sector, with State-affiliated actors accounting for 79 % of all breaches involving external actors”.

Incident: A security event that compromises the integrity, confidentiality or availability of an information asset.

Breach: An incident that results in the confirmed disclosure—not just potential exposure—of data to an unauthorized party. So, basically, it includes only the incidents in which data was actually compromised.

What are some of the most interesting takeaways from Verizon’s latest annual security report?

The DBIR validated a lot of the things security professionals already knew. For example, the fact that the majority of attacks are carried out by outsiders.

“What are the bad guys doing?”

A quick glance at the figure below (Figure 12 from the report), phishing and the hacking action variety of use of stolen credentials are prominent fixtures.

Which means that passwords remain the weak spot for enterprises.

Both two factor authentication and phishing awareness, training, and handling can go a long ways toward improving security in all organizations.

In the past, several security professionals assumed that only a fraction of companies needed to worry about state-sponsored attackers. After reading the report, it looks like even small businesses are now targets if they have information that someone wants.

While nation-state groups are often described as sophisticated actors with advanced skills and tools, the Verizon DBIR said:

“The purpose of this study is not to rub salt in the wounds of information security, but to contribute to the ‘light’ that raises awareness and provides the ability to learn from the past,” Verizon’s research team wrote in the report. 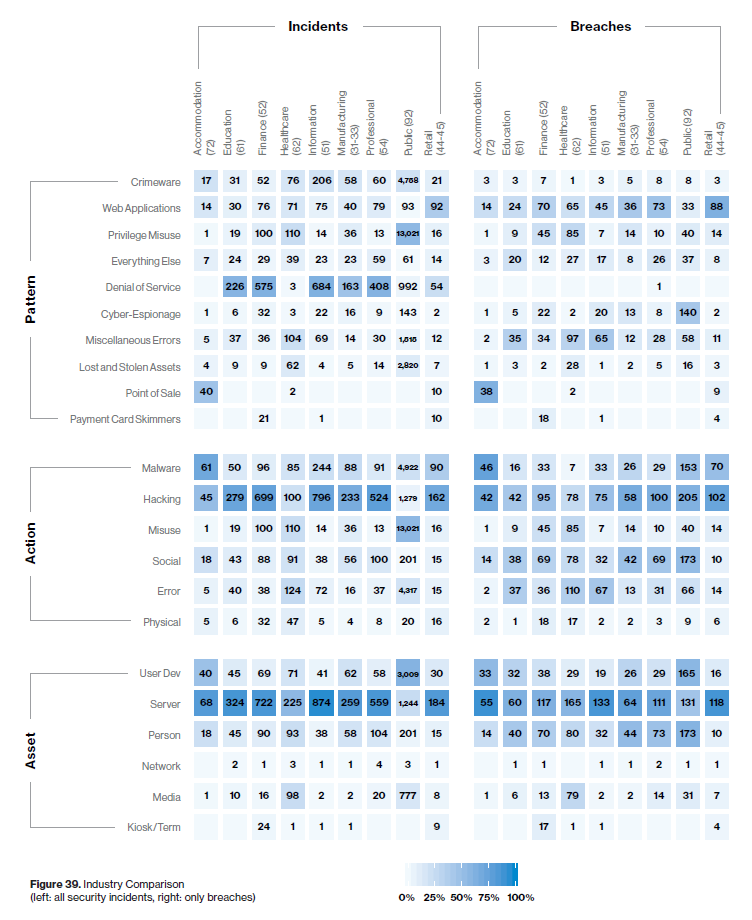 It's about time to make a meme about #coronavirus

Croquette is not bad but salami is better - Wayna

Don’t believe those who say that they will follow you like your shadow; because shadows disappear in darkness.