16
SHARES
38
VIEWS
Share on FacebookShare on TwitterShare on LinkedIn 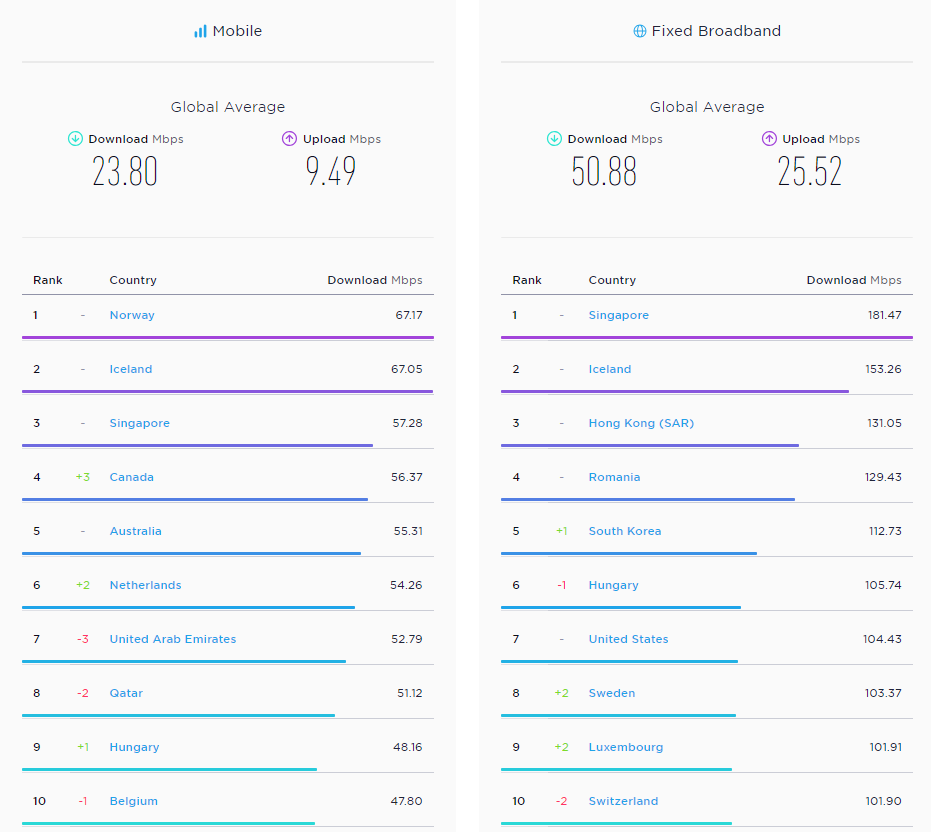 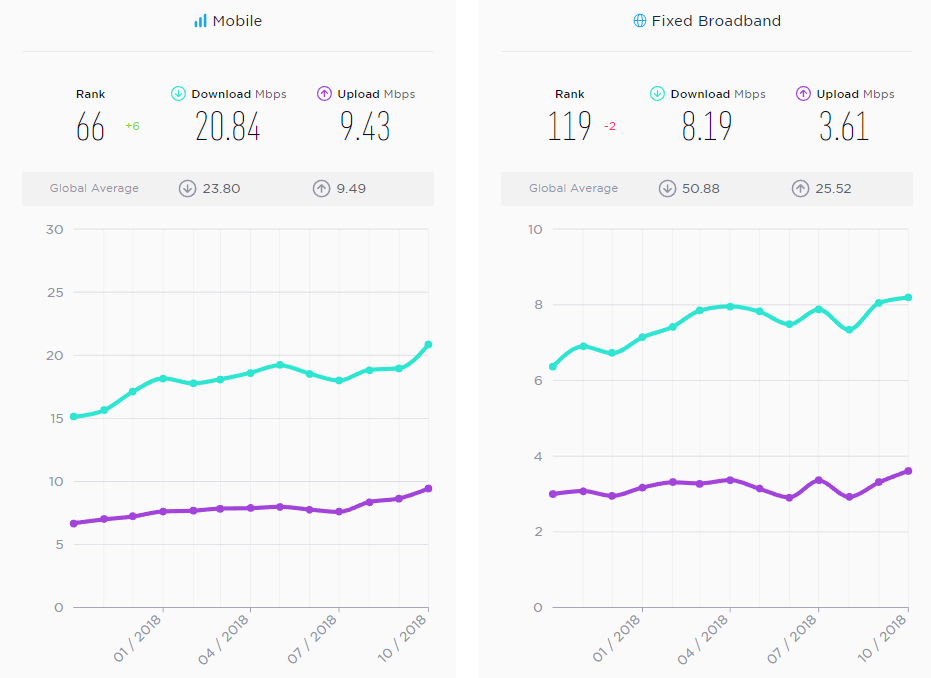 You can test the speed of your internet connection through speed.tgtv.tn.

The following video will show you how it works.

Curiosity pushed me to do the following analysis, do not hesitate to read it!

According to the Speedtest Global Index October 2018 ranking, we note that the African continent is still behind in terms of speed of the Internet and in particular Tunisia. Indeed, the following image shows the list of the top 10 countries with the fastest download speed on the fixed and mobile plan.

As you already see, Tunisia does not appear in these two lists and more generally, no country on the African continent. However, there are two Arab countries UAE (7th place, 52.79Mbps) and Qatar (8th place, 51.12Mbps).

Do not be surprised by the rest of the article!

You may be as curious as I am to know how good is our Internet speed, of which we often complain, in Tunisia. It occupies the 119th place at the fixed internet level with a download speed of 8.19 Mbps and the 66th place for mobile internet.

Surprisingly, Tunisia occupies the first place, on the African continent, at the level of the mobile internet with a download speed of 20.84 Mbps (yes!).

This can be explained by several factors including high optical fiber costs, coverage, infrastructure maintenance differing by region, and adaptability and / or sizing of fixed infrastructure versus number of subscribers that didn’t keep track of the evolution of applications and user needs.

This leaves a wide area of reflection for our fixed Broadband ISPs.

Finally, don’t forget to test the speed of your internet connection through speed.tgtv.tn.

It's about time to make a meme about #coronavirus

Croquette is not bad but salami is better - Wayna

Be wild and crazy and drunk with Love, if you are too careful, Love will not find you

— RUMI
No Result
View All Result